A suburb north west of Sydney’s CBD could experience double-digit price growth in the coming year due to employment opportunities, renovation potential and infrastructure revitalisation.

The suburb of Ryde, 13 kilometres north west of the Sydney CBD and around 10 kilometres east of Parramatta, was “relatively quiet” in the first half of 2014, according to Robert Skeen director of Skeen Property Buyers – but prices could be set to climb.

“Ryde experienced capital growth of around 4.6 per cent up until May this year, so it’s been relatively quiet. But we’re predicting it to jump 8.5 to 13 per cent in the next year,” Mr Skeen told Smart Property Investment.

Mr Skeen said properties in the area were averaging around 23 days on the market, so “things are moving quickly” and more people are set to notice the benefits the region has to offer.

“I think Ryde is popular because it’s almost in the centre of Sydney. It’s easy to get out to the Blue Mountains, to the CBD or the north and south.

“There are many head offices in the Ryde area, including Ericsson and Microsoft. A lot of people are coming in and buying the old post-war houses, knocking them over and building new homes so they can live close to their offices.” 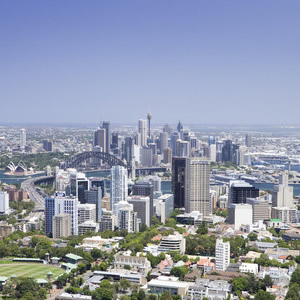