One suburb has vastly outperformed all others when it comes to rental yields within the Sunshine Coast-Ipswich-Gold Coast 'golden triangle'.

The Sunshine Coast’s Peregian Springs has emerged as the top grossing rental yield performer within the highly populated triangle, and was the only suburb to pull double digits according to the RP Data CoreLogic Suburb Scorecard.

Peregian Springs’ investors achieved up to a 10.53 per cent gross rental yield over the past year.

“We’re at 100 per cent occupancy. I rent them as quick as I get them,” she told News Limited.

“If I had another 10 properties come on today, I could rent them in the next two days.”

Ms Boyer said much of that was driven by families trying to get into the catchment area for Peregian State School and to be close to St. Andrew’s Anglican College, with the market about to hit peak demand.

Suburbs closer to Brisbane were unable to break into the 'golden triangle’s' top rankings, with experts now predicting it could be some time before the capital city can even compete at that level.

The scorecard found the highest gross rental yield within 40 kilometres of the Brisbane CBD came out of Logan’s Hillcrest (8.1 per cent), which ranked fourth overall in the 'golden triangle' behind Peregian Springs, Yaroomba (8.7 per cent) and Sippy Downs (8.3 per cent). 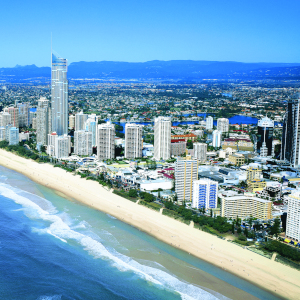