Despite reports to the contrary, an oversupply crisis is not looming over Melbourne’s property industry.

Yes, the demand for tiny apartments in the CBD and Docklands might dwindle in years to come, but the term ‘oversupply’ shouldn’t be applied to the whole of Melbourne where the demand for larger, high-quality units is growing year on year.

One specific product is in danger of oversupply – small studio, one- and two-bedroom apartments located in densely populated areas and targeted at overseas buyers. That said, the number of apartments coming onto the Melbourne market in 2017 will help alleviate what has been an apartment shortage for the past decade and prices will begin to balance out. While there won’t be significant price growth in these investor-centric developments over the next few years, this segment isn’t going to collapse.

My main argument is that the supply of apartments in Melbourne won’t reach the levels predicted by industry forecasters. The media often quotes apartment approval figures rather than the actual number of apartments that are built each year. Commonwealth Bank of Australia figures reveal that more than 140,000 apartments were approved across Melbourne, but only 35,000 are expected to be completed between 2016-2018. The reason behind this is that some developers acquire permits for as many apartments as possible, without any intention of building them, to improve the value of sites. This inflates apartment figures and presents a skewed picture of upcoming developments.

Many media reports about oversupply also do not take into account the fact that Melbourne’s population is growing on average by 100,000 people per year and a huge number of students are moving here to study at institutions such as Melbourne University and RMIT. Victoria has Australia’s fastest-growing population and it doesn’t look like this is slowing down anytime soon.

The demand for apartments in Melbourne is growing among the owner-occupier market, which is comprised of downsizing retirees, young professionals and small families. Based on Steller’s purchase profiles for the last five years, this group is the primary purchaser of new apartments in lower density developments with larger floor plans and higher quality fittings.

The owner-occupier market wants spacious apartments that don’t skimp on the luxuries of a house. The developments in high demand are a combination of convenient location (both in terms of the suburb and the development's proximity to amenities such as schools, public transport and shops), individual dwelling size, specification quality, number of dwellings in a complex, construction methods and price point.

The Victorian government’s Better Apartments Design Standards – to be introduced in March 2017 – is aimed at cracking down on “dog box” apartments in danger of oversupply but I believe they don’t go far enough. The new planning rules will ensure new apartments have adequate light, functional storage and allow for natural air flow, but I believe they should following New South Wales laws that impose a minimum standard apartment size of between 35 and 90 square metres for studio, one-, two- and three-bedroom apartments. More stringent legislation will help counter a possible oversupply of apartments in the CBD and Docklands, which are really the only areas in danger.

As Melbournians, we need to be realistic about population growth and be prepared to embrace continued development. Australia is a country known for its quarter acre lifestyle. However, as the world population grows, living requirements intensify and the need for greater, more considered development continues.

The truth behind apartment oversupply 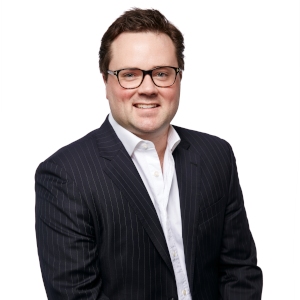