The Australian property market is constantly changing, with new trends shaping the market throughout the year. One expert predicts what’s in store for the new year.

The biggest factor of an up-and-down market is supply and demand. Staying on top of the industry allows us to arm our clients with the right insights and research to match their brief.

Here’s an overview of the Australian property industry in 2017.

Trends
Due to the increased popularity of sharing platforms such as Airbnb, the short-term holiday rental market will remain popular this year. One-bedroom, one-bathroom, no-parking properties around Surry Hills, Chippendale and Darlinghurst can provide a decent return and are relatively affordable at around $650,000.

Increasing patterns of renovation will continue to provide good returns. Investors from Sydney who purchased properties on the Central Coast in 2016 have seen returns of nearly 5 per cent. Some areas will also experience a slowdown in 2017. Frenchs Forest has seen a huge growth in 2016 but will likely level out this year. Bondi will also slow down, with an increase in supply of apartments being built in the area.

North
We will see an increase in young executive couples purchasing in areas near the new light rail such as Castle Cove, the lower north shore, Cammeray and Northbridge. The convenience of being close to the CBD and the ease of public transport will increase competition in the area.

East and inner city
Kensington and surrounds will make sound investment options in 2017, with the new light rail passing through these suburbs once completed. Accommodation in these suburbs will continue to be sought-after due to the proximity to amenities such as UNSW and two hospitals, providing greater rental yield.

West
The Hills, Castle Hill and Cherrybrook will pick up over the next year in anticipation of the new train line that is set to open in 2019. Other growth suburbs include Currans Hill, Narellan, Narellan Vale and Mount Annan. Properties in these areas provide a return of about 4.5 per cent, which can be attributed in part to the upgrade to Narellan Town Centre.

Trends
Melbournians continue to prefer to live on smaller blocks of land in well-designed properties that maximise the use of the available space and offer architectural or historical merit, preferably both. An easy walk to public transport, particularly rail, is extremely important to Melbourne buyers due to the increase in its population and traffic congestion.

Inner city
The urban centre of Melbourne is well serviced by parks, gardens, restaurants, bars and transport, and these inner suburbs will continue to be highly desirable in 2017. Carlton, Fitzroy, Brunswick, Northcote, Thornbury, Coburg, Preston and Reservoir will continue to gain popularity in 2017, and this growth will continue further north as the year goes on. In the inner south-east, there are some good-value properties that are attractive to inner-bayside buyers who would prefer to be between Port Melbourne and St Kilda West.

Inner west
The rental yield compression trend that has occurred in the inner west, including areas such as Yarraville and Seddon, calls into question the perceived value of these suburbs, particularly in comparison to the inner north. Brunswick East will begin to experience a slowdown due to the over-saturation of apartments that are currently for sale, under construction or that have planning approval but have yet to commence construction. This could indicate a possible oversupply issue that could impact the amenity and rental return of houses in the suburb.

Trends
In Brisbane, Paddington, Ascot, Wooloowin, New Farm and Clayfield will see a great deal of growth in 2017 due to the increase in large-scale buildings that are being constructed in the area. Alternatively, Newstead, South Brisbane and Albion will slow down as these areas were previously popular with developers, but these developers will be moving away in the next year or two as their jobs are completed.

Location
In the Brisbane property market, purchasing a house anywhere is a good long-term investment. However, paying close attention to location is more important than buying a big property. If you can’t afford a house in a particular suburb, we suggest changing your strategy and look instead into units and other small properties. Units in areas like Ascot are fantastic investment options. Keep an eye out.

Simon Cohen is the Managing Director and co-founder of Cohen Handler. Simon has 12 years of experience in the Sydney Real Estate market, with the majority of time spent with the Ray White sales office in Double Bay — he consistently won awards and was in the top 3 per cent of real estate agents nationally. Simon identified a gap in the industry, where no one seemed to be representing the buyers. Since co-founding Cohen Handler in 2009, Simon has become the most recognised and renowned Buyer’s Agent in Australia.

What’s on the property horizon for 2017? 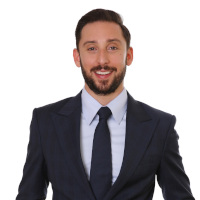