The Perth real estate market is poised for a rebound during 2017 due to improving housing affordability and a tightening in the supply of new homes, with new residential building approvals in Perth falling for the past 30 months.

The building boom of 2012 to 2014 brought a huge amount of new housing stock onto the market at a time when Perth's population growth was slowing, and this led to downward pressure on property values and rents.

This downward pressure is underlined by the fact that Perth property owners now offer the biggest price discount of any state capital in Australia.

In Melbourne, where the median house price is $130,000 higher than Perth, the average discount by vendors is only 3.5 per cent, less than half that of Perth (7.1 per cent).

With a median house price of just $510,000, professionals believe there is strong potential in the Perth market and we are now focusing on selective areas that have the most potential for capital growth in the city.

Overall, the number of properties listed for rent and for sale has started to stabilise in Perth and this is generally a forward indicator that the market has bottomed.

Shane Kempton is the inaugural Group CEO of Professionals Real Estate Group which has nearly 300 offices located throughout Australia and New Zealand.

Professionals have been operating in Australia for four decades and provide a wide range of real estate services to consumers. 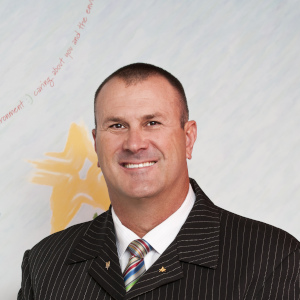