With much public discussion about the Labor Party’s election promise of a dramatic overhaul of negative gearing laws in Australia, what are the implications for property investors?

There has been much public discussion about the Labor Party’s election promise of a dramatic overhaul of negative gearing laws in Australia. Regardless of who wins the upcoming election, negative gearing is now fiercely in the public eye and is open for debate. This is a good thing.

So what are some possible outcomes should Labor be elected and their (albeit flawed) negative gearing policy come into force?

Right now it seems unlikely that the Liberal government will tinker too much with negative gearing in their policy creation pre- or post-success in the election. However, there has been enough spotlight thrown on the issue that public pressure could force the Liberals’ hand in future policy decisions.

And while it seems very likely the Liberal government will be re-elected in the coming election, this could swing back towards Labor again.

If the Libs do get in, however, one can’t envisage much adjustment being made to existing negative gearing policies. If they did make alterations, they’d have to ensure all investment classes (property and otherwise) were addressed accordingly in any broad-brush negative gearing policy/taxation law changes.

But let’s go with the idea that Labor get in and introduce their ‘grandfathered approach’ to negative gearing overhaul, which would come into effect on 1 July 2017 (as currently proposed).

In this scenario, my humble opinion for the majority of investors is that we may see some or indeed several of the following consequences (though of course there could be way more!):

Established houses (not established apartments) could see another buying surge, resulting in astronomical value growth, but only for the 2016-17 financial year. Basically, would-be investors will buy up the most capital-growth-likely property assets (i.e. established houses on the largest possible blocks of land in the best locations).

They’ll fight and squabble and bid these up substantially to secure and close a settlement on a property before the key date of 30 June 2017. That way, these houses will have the CGT exemption for the lifetime of that buyer’s ownership and won’t be affected by the upcoming changes for the duration of the purchaser’s ownership of these houses.

Severe implications for apartments – both new and existing

As a result of Labor’s proposed changes, at least for the 12 months ahead, new builds (of which there is already an oversupply coming to some Australian markets right around 2017) might face weakened initial value-growth.

Banks who pre-approved loans during the lofty ‘bidding up’ times of 2014-15 (when people were buying these things off-the-plan before a brick was even laid) might produce final valuations significantly lower than off-the-plan purchase values, meaning that buyers who don’t have cash buffers to meet the gap might be forced to sell for a loss.

In a couple of oversupplied markets (perhaps the inner Brisbane and Melbourne CBD areas) this could lead to a fire sale of properties.

However, we must remember that this oversupply ‘dump’ will occur right around the time when the government will start saying ‘Oh, hey, look over here... The only properties that now qualify for negative gearing allowances happen to be brand new builds! And how about that: there are now plenty to choose from, and at great low prices! Buy, buy, buy!’

Labor’s negative gearing proposal, despite several (significant) flaws, isn’t entirely built on naïveté. Labor knows that the oversupply of new units is coming and that this could create big economic problems for Australia; so in a way, their negative gearing ‘solution’ (at least for the property asset class) is designed as much as a soft landing for oversupplied units as it is to drive more tax revenue to the government’s coffers.

So do existing/established units and apartments become the losers?

One loser in this scenario would be existing apartments. Why? Because:

a) They will face fierce competition from newly emerging, prettier stock;

b) They won’t be entitled to any negative gearing benefits; and

c) Houses on land will produce far greater capital growth value than any kind of units (new or existing).

Oh, but that’ll only be another problem. Because all those home buyers who are scooping up cheap existing apartments will now be owner-occupying, thus exiting the rental market. This means that investors rushing in to buy shiny new apartments (because of their tax allowance/incentive) and bidding them up again – perhaps starting to overpay – will be doing so at the risk of higher vacancy rates due to the amount of renters leaving the market.

Could negative gearing be a catalyst for better property investment decisions by aspiring investors?

The above point is a bit dramatic, but hopefully this change will at least lead to people making smarter property investment decisions. The biggest questions investors start asking themselves should be: ‘How much do tax benefits matter in my investment strategy? And what stage of life am I at in relation to my income tax, anyway?’.

Successful Australians (career-wise, anyway) typically pay the most annual income tax between their early 30s and late 40s. This is their career peak and accordingly they’ll be shelling out a lot in income tax.

So if you are an investor who starts buying at, say, 45, you have to ask yourself: ‘How much benefit would there be, tax-wise, in negative gearing, for my long-term ownership of this property?’. Perhaps a smarter strategy is to buy a house on land without any tax benefits, as someone in this stage of life may be better off making much higher gains and paying a bit more tax than having muted gains on a new apartment that allows for a bit of negative gearing.

What good are negative gearing benefits if you are either transitioning out of full-time work (and thus higher tax brackets), or if there is little capital growth in the property over time? Your net position with minimal CGT and a bit of a tax helping hand over many years may not be worth the time.

Exposing the ‘value’ of negative gearing to your overall strategy

This also should illuminate the value of negative gearing tax incentives to income earners. Both major parties have quoted (and misquoted) stats on what kind of income earners hold what proportion of investment properties.

Regardless of the numbers, hopefully any negative gearing policy changes that may take place will cause would-be and existing investors to reconsider their future strategies based on their:

b) Time until they intend to leave the workforce or reduce their workload/salary-based income; and

c) Overall investment strategy and the desired outcomes they may have.

Cameron McEvoy is a Sydney-based property investor and property commentator. For over five years he has been publishing a property news and commentary website, Property Correspondent.

Cameron holds a Bachelor of Media degree from Macquarie University. Since he has no commercial property business or vested commercial interests, he prides himself on his neutral and independent stance on all things property.

He also contributes regularly to property investment publications and websites, covering a diverse and range of topics and trends.

What could happen if negative gearing laws change? 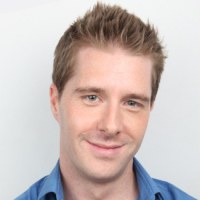