With housing demand between owner occupiers and investors reaching an all-time high, this list will give you a look into some of the more reasonable home purchases within a 10km radius of the CBD.

Located in the south of Sydney, Wolli Creek is roughly 10km from the CBD and resides along the Cooks River and Wolli Creek waterways. Housing in Wolli Creek consists of a healthy mix of apartments and freestanding houses. It is a highly sought-after suburb because of its proximity to the CBD, while remaining in the affordable range for home buyers. The median house price at Wolli Creek is approximately $710,000.

Positioned in the Inner West just 8km away from the Sydney CBD, Sydenham is a well-connected suburb that serves as a junction for three major railway lines on the Sydney network –– the airport, inner West and the Illawarra Line and the Bankstown Line. Because of its excellent connectivity throughout the city, Sydenham is a desirable residential suburb. The median price of a home in Sydenham is approximately $807,000.

Situated just 9km from the CBD in Sydney’s inner west, Tempe is serviced by the Illawara line and has excellent public bus services. This suburb is well-connected to the city and airport. Tempe also has a recreational reserve, an indoor sporting complex and an indoor swimming pool – elevating its status as a prime residential suburb. Median house prices in Tempe are approximately $829,000.

With just 4km separating Waterloo from the CBD, this inner city suburb is a prize for professionals who want to live close to their workplace. Nearly 80 per cent of the residents of this suburb live in units because of its high-density profile and proximity to the city. Waterloo is serviced by Green Square station on the Airport Line, along with public buses. The median price of houses in Waterloo is approximately $760,000.

Merely 5km from the Sydney CBD, Beaconsfield is a small suburb in the inner city that falls under the City of Sydney local government. The suburb has a beneficial mix of medium- to high-density residential zones and is sought after by professionals who desire to live near their offices. Like Waterloo, Beaconsfield is also serviced by Green Square station on the Airport Line. This suburb also has public bus services for excellent connectivity to different parts of the city. The median price of Beaconsfield homes is approximately $810,000.

While these suburbs don’t come cheap by any means, they continue to rank higher on the affordability index than other suburbs within the same radius of the Sydney CBD. With interest rates at an all-time low, first home buyers, owner occupiers or investors will find high value in these suburbs.

A respected estate agent with over 10 years’ experience and a superior track record in sales and leasing results, Michael Murray is deeply knowledgeable in Sydney’s dynamic and diverse property market.

Michael has secured tenants for some of Sydney’s most elite properties. He has set new records for rental prices achieved, and received prestigious awards for his performance in leasing properties.

An aptitude for matching tenants, buyers, investors and vendors with their ideal result is a signature of his professional style. Michael has a personable and competent manner, and is known for his open, honest communications.

Outside his industry achievements, Michael is a known community figure who has been a volunteer lifeguard at Bondi Surf Life Saving Club for over a decade.

Where are the reasonably priced blue chip suburbs in Sydney? 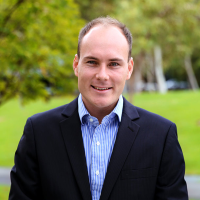