By indicating there will be future changes to negative gearing, political leaders are discouraging people from investing in property.

Over the past week, there has been a heated debate about negative gearing since the federal Labor Party announced it would quarantine negative gearing benefits to just new home building if it wins the next election.

Critics of negative gearing argue that it gives an unfair advantage to property investors at the expense of first home owners and low income earners.

They point to the declining number of low income and first home buyers in capital city property markets during recent years and argue that these property buyers are being priced out of the real estate market by investors.

However, this argument ignores the fact that market forces are now coming into play with low interest rates resulting in a residential building boom that is seeing an easing of property prices in major capital cities including Sydney and Melbourne.

Affordability is driven by supply and demand, and when the government tries to intervene in this equation, it can distort the market to the detriment of property owners.

Even encouraging a debate on negative gearing can create uncertainty in the minds of investors.

We have to remember that the vast majority of property investors in Australia are just mum and dad investors who are using property to create wealth for their retirement.

By indicating there will be future changes to negative gearing, political leaders will only discourage people from investing in property and become reliant on the government pension to fund their retirement. This does not make financial sense.

There are now around two million taxpayers in Australia who own investment properties. If just 10 per cent stop investing in property as a result of changes to negative gearing, this means there are 200,000 taxpayers more open to relying on the government to fund their retirement.

The negative impact that changes to negative gearing can have on investor confidence was highlighted back in the 1980s.

When the Hawke government abolished negative gearing in 1985, it led to a dramatic reduction in the number of property investors in the real estate market and, in turn, the supply of rental properties decreased.

As a result of investors fleeing from the property market, weekly rents throughout Australia surged by 37 per cent and by a massive 57 per cent in Sydney.

History shows that changes to negative gearing would undermine investor confidence in the property market and discourage people from buying investment properties.

The reality is that most advanced economies throughout the world provide tax benefits to people who buy property.

Australia is no exception and negative gearing has allowed many hardworking mum and dad investors to purchase rental properties and reduce their taxable income.

Without these tax incentives and rental homes provided by the private sector, governments throughout Australia would be placed under huge financial pressure to provide social housing at a massive financial cost to the whole community.

It simply does not make financial sense to tinker with negative gearing which delivered critical private sector investment in the property sector over many years for the benefit of the whole community.

Tinkering with negative gearing does not make financial sense 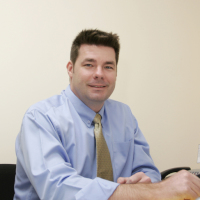