What is forecast for the real estate market in 2016? Five economists share their expectations.

Predictions, forecasts, expectations and projections: they’re all fancy ways of explaining the educated guesses we make about the future of our property investments and wealth.

Of course, some of us are more educated than others. Australia’s leading economists spend their days immersing themselves in the latest economic, finance and business data to help them make informed and educated decisions about the future of our economy. So, it stands to reason that they’re a good source of information for everyday investors.

For instance, had you listened to HSBC Australia and New Zealand chief economist Paul Bloxham in 2013, you would have heard him correctly predict: “Australia's housing boom is just beginning”.

What does Bloxham anticipate for 2016, then?

He expects another rate cut within the first quarter of 2016, in an effort to keep inflation within the preferred two to three per cent range.

A rate cut could be just the post-Christmas hangover gift mortgage holders are craving. But it’s not a uniform prediction since several high-profile Australian economists have weighed in with differing views.

“In the near-term, labour market conditions should remain quite good, with some chance the unemployment rate could decline a little. But the strength of support to labour-intensive sectors is likely to wane in the first half of 2016, resulting in a softening in jobs growth and no obvious inroads into unemployment.

Our view remains that this will ultimately prove too uncomfortable for the RBA and a little more monetary policy support will be provided by mid-2016.” – Warren Hogan, chief economist, Australia and New Zealand Banking Group

“[Our] views on house prices remain cautious, with risks that excess demand could continue to pressure prices, particularly in Sydney. The Reserve Banks’ forecasts indicate it expects residential investment to add to growth in 2016, given the strong pipeline – a forecast that we do not share… We continue to expect that rates will remain on hold over the course of 2016.”
– Bill Evans, chief economist, Westpac

“There’s no doubt the slowing we’re seeing would be a concern, particularly for real estate agents and for those homeowners who do want to sell, but if you’re a homebuyer, it’s good news. It’s also good news for the Reserve Bank, who was worried that the Sydney and Melbourne property markets were too hot and that it was going to cause some sort of imbalance in the economy. Now that it’s cooling down, it actually gives more scope for them to potentially consider cutting interest rates further.”
– Shane Oliver, chief economist, AMP

“The one interesting equation to watch in 2016 is foreign investors. We’re really seeing the rise and rise of international interest, particularly from China, and it’s going to cause some issues downstream. Some international investors aren’t looking at the same investment models as local investors; they may not be relying on rental income to sustain their investment, for instance. Given Australia’s high regard as a property safe haven and the very strong cultural connections we have to China, that’s going to be a key force in our housing markets going forward.”
– Dr Andrew Wilson, senior economist, The Domain Group

Multifocus Properties & Finance was established in 2005 with the aim of mentoring investors to create wealth and invest in their future by building an investment property portfolio.

The company is led by Philippe Brach who has over 25 years experience in the international corporate world specializing in finance, accounting and investment. He is a fully qualified and extremely experienced real estate agent, concentrating his attention solely on investment opportunities around Australia. In addition he is a highly regarded mortgage broker, being accredited with around 35 different lenders.

Predictions for property and finance in 2016 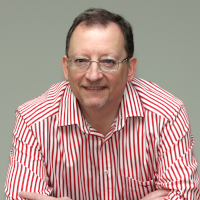