The attention given to Adelaide's property market pales in comparison with that devoted to the east coast. Here's what you've been missing out on.

The City of Churches has been a largely unsung hero in property market discussions in recent years. While Melbourne and Sydney draw so much attention, investment alternatives such as Adelaide provide a genuinely compelling prospect for buyers who are looking for high quality and, most importantly, affordable property.

There are a number of boxes immediately ticked when looking at the South Australian capital. Affordable real estate, stunning beaches approximately 10 kilometres from the CBD, and obviously the wine regions.

There is also a rapidly growing culinary scene that is beginning to rival Melbourne, attracting chefs like Jamie Oliver, Jock Zonfrillo, and Sean Connolly.

All of this combined makes Adelaide a definite attraction for buyers looking for high-quality property and lifestyle.

This calendar year has been particularly strong in the property market, with Real Estate Institute of South Australia (REISA) revealing a record-breaking median house price of $428,250 for the June quarter.

Clearance rates have also proved to be incredibly strong across the June quarter, with April and May achieving Sydney-esque results culminating in a high of 75 per cent over consecutive weeks in the end of April and start of May.

There’s a lot to like about Adelaide at the moment. There is definitely strength in the market with quality, spacious stock available.

However, the real positive is that the SA capital remains the most affordable mainland city in the country. As a result, interstate families are looking into the Adelaide market because they recognise the excellent lifestyle available. They can get their dream home that’s got a big yard and enough space to raise a family, yet still be exceptionally affordable compared to other mainland cities.

The sentiment is echoed by REISA president, Greg Moulton. “It is great news that the median house price continues its steady increase and, once again, has posted a record result. It is evidence of the strength of the underlying fundamentals of the real estate market,” he said.

“Once again, the top performers in sales and growth can be categorised as those in more affordable areas, which offer opportunities for development and first home buyers, and those close to the beach, which offer lifestyle, sea change or retirement choices.”

There’s a lot of high-quality property in Adelaide and, given Melbourne and Sydney are so competitive, many investors are turning their attention here because they can get such good value for money.

Buying a house within 10 kilometres of the beach and the CBD for under $600,000 would be a dream come true for Sydneysiders, but you can have that in Adelaide.

The City of Churches presents an appealing level of stability for investors, with strong rental yields and low vacancy rates across the market. According to SQM Research data, rental yields are hovering just above 4 per cent for three-bedroom homes, while the 1.9% vacancy rate is one of the best in the country, behind only Hobart (1.1 per cent) and Sydney (1.7 per cent).

With numerous encouraging signs such as this, Adelaide should garner more of the attention it has so deserved.

5 ways to become a better investor

Adam Stone is the South Australian State Manager for National Property Buyers. Adam has over 25 years’ experience in the Adelaide Real Estate market as a Licensed Agent, in addition to extensive experience in property development.

Why it makes sense to invest in Adelaide 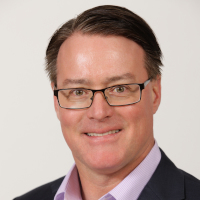