Investors are spoilt for choice when it comes to riverfront property in Brisbane, but how well do these apartments really stack up against non-riverfront ones?

From St Lucia to Hamilton, the inner city reach of the Brisbane River plays host to the best of the best in apartment living. These sleek, modern residences populate the banks of our river.

Some sit nestled comfortably into the tree-lined shore while others stand tall, dominating the landscape. Place Advisory has undertaken a study of the inner Brisbane apartment market, particularly those apartments that are ‘absolute riverfront’ to show how this classification can affect things like price and capital growth, as well as finding which suburbs are most popular and expensive when it comes to waterfront property.

By nature, the riverfront market has recorded lower overall transactions compared to non-riverfront apartments due to the limited amount of waterfront property. The most recent six-month period, ending March 2015, recorded 176 riverfront sales. These sales represented only 9.4 per cent of the total Inner Brisbane apartment market and are in-line with the 10-year average, where riverfront sales have accounted for just 8.7 per cent of total apartment sales since 2005.

Over the past 10 years, riverfront apartments have, on average, been 78 per cent more expensive in terms of sale price than their non-riverfront counterparts. The largest price differential was seen during the six months to September 2008, where riverfront apartments were almost triple the price of those apartments not sold on the river.

The chart below shows capital growth in waterfront apartments reaching its nadir of 1.2 per cent during six months to September 2011, down from 4.3 per cent in the preceding six-month period. It is worth noting that capital growth had been steadily declining across the Brisbane market in the years leading up to the 2011 floods due to falling dwelling values caused by the GFC. The most recent six-month period ending March 2015 resulted in waterfront apartments achieving 3.2 per cent capital growth.

Recording 25 per cent of total waterfront sales activity, Kangaroo Point achieved the highest volume of sales over the past 12 months driven by an established high-density market. Of note is the rise of the West End waterfront apartment market (17 per cent of total transactions). West End has seen a significant increase in the level of sales activity over the past 18 months: it's a region that has significant opportunity but has been underdeveloped for a long period of time, and is now establishing itself as a market that will provide a riverfront lifestyle for Brisbane residents.

What should you take away from this article?

If you’re in Sydney, you buy a shiny, glass-bound apartment that sits harbour-side. In Melbourne, you scout a refurbished industrial complex down a nondescript laneway. In Brisbane, however, the river is king. Historically it was the source of trade and commerce within Brisbane and today, the city is literally shaped by it, following its meandering course from Moreton Bay to Moggill.

The waterfront apartment market in Brisbane is well-established and represents some of Brisbane’s most luxurious residences. Place Advisory has continually noted that high-end apartments will be a growth market in Brisbane towards the end of 2015 and throughout 2016.

There are opportunities for growth here. As owner-occupiers return to the market and the strength of the Brisbane recovery results in developers having the confidence to construct larger, better-appointed dwellings in premium locations. Our market is cyclical. Waterfront property is the one to watch.

8 ways to avoid spending too much on your renovation

10 tips for increasing your return on investment

His role is to provide product specific advice to clients by gathering and applying internal and external market intelligence which is translated into meaningful market reports. He is widely published and is continually called upon to provide commentary on the residential market by various media and property journalists nationally. 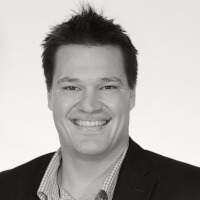