Auctions are a simple process, right? Having attended a few in my time, I'm inclined to disagree.

Quite often I'm asked by prospective clients whether it actually makes a difference to have a professional bidder/agent/auctioneer or buyer’s advocate bid at auction for them.

After all, anyone can put their hand up, and I'm sometimes reminded that every buyer has their limit – and will, of course, bid beyond my client’s limit if they want the property more or have more funds on hand.

Funnily enough, in theory that is true, but after over a decade of auction experience and 800 auction bidding assignments, I've learnt a lot about auction-bidder behaviour. Just because another buyer has a stronger budget doesn't necessarily mean that they will be the winning bidder. I've considered many auction scenarios and I now categorise eligible bidders into one of four groups:

– Those who have an upper limit firmly worked out prior to auction and stick to their bidding limit. This can include professional and/or experienced bidders, but often includes regular buyers who are prepared to fight past their nerves too.
– Those who have an approximate upper limit worked out prior to auction and are open to the idea of ‘thinking on the run’ in the face of competition as the auction unfolds.
– Those who haven’t discussed a specific property value, aren't particularly prepared for auction and are hopeful that the auction will go their way.
– Those who did have a firm upper limit determined, but lose their confidence and opt out of the bidding before their limit is reached.

As a professional and experienced bidder, I always have a maximum figure established before I head to the auction. The figure is based on a combination of factors including recent comparable sales, rental yield in the area, market sentiment, time of year and vendor motivation. I glean all information possible and then suggest a likely range to my client so that a competitive limit can be set.

When I bid, I don’t refer to my clients. I don’t stop the auction. Nor do I take any liberties with additional bids over my approved limit. I bid strongly and strategically at the right moments, and my bidding increments are decided upon at a moment’s notice while I digest the mood of the key bidders at the auction. It is a game of confidence and strategy and the object of the game is to secure the property at or below the client’s limit.

Other bidders who also have a firm limit determined before the auction commences are likely to be able to focus intently and keep their eye on the prize as they bid against others. Some will rise to the challenge, while others may shake in their boots. This category of bidder, however, will continue to bid up to their limit, as painful as it may feel for them. I believe that they represent the grey section of the pie chart and account for a small proportion of bidders. In a perfect, pragmatic and planned world, if every buyer was this disciplined, an auction would result in the buyer with the highest budget winning.

But it doesn't work that way… because nerves, perception and emotion get in the way.

Here's my breakdown of the typical bidders found in our auction capitals:

• Bidders who feel that they have an approximate figure in their mind (but are open to adjusting their price ‘on the run’) represent the majority of bidders. Most inexperienced bidders who are successful at auction will afterwards confess that they did spend beyond their initially established limit. These types of buyers can often enable a skilled and quick-thinking auctioneer to achieve a particularly pleasing result for their vendor, as these buyers are emotionally driven and often lose rationality when the heat torch is applied in the exciting final stages of an auction.

• Bidders who arrive on the day (full of hope or wishful thoughts) represent the minority, but a sizeable portion of buyers. They are often the buyers who are shocked by a sale result, because typically they have done no planning or investigating and haven’t taken the task seriously enough. These can sometimes be the buyers who secure a property with fundamental flaws and didn’t realise at the time that they were potentially making a huge mistake. Unfortunately, auction conditions preclude the incorporation of a finance clause or building inspection clause in a contract. Buyers who bid unconditionally without planning place themselves at huge risk.

• The final category of buyers account for somewhere around five per cent. They are the buyers who had a budget in mind, had done some research and due diligence and went to auction with the plan to bid. For whatever reason though, they got stage fright. It may have been based on fear of social awkwardness, fear of the spotlight, perception that their competing buyer had a stronger budget, or total intimidation. Either way, once the hammer had fallen, they admitted they had every intention of bidding (or bidding to a higher limit than they did), but lost their nerve.

Surprisingly, over the years I’ve met many of these buyers. They have sometimes cried, occasionally told the agent afterwards, or in some cases, approached me afterwards for a business card. The point of this article is to highlight that it isn't a level playing field out there for bidders, and auction success is not always just based on budget, affordability or upper limit. It is often influenced by careful planning, due diligence and astute bidding.

To assume that bidding is as simple as putting one’s hand up is naïve.

Cate Bakos left a career in chemistry to go into the property industry back in 2003. Her experience as a listing agent and mortgage broker put her in good stead to work with buyers and to shape investor experiences.

Cate left her former employer and directorship in 2014 to launch Cate Bakos Property; a boutique Victorian based Buyers Advocacy business catering to her loyal clients. To find out more about Cate Bakos Property, visit www.catebakos.com.au.

There's more to an auction than just putting your hand up 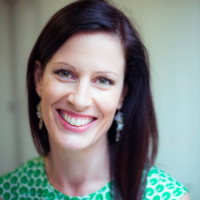