With the mad dash for property in Australia's two biggest capitals seemingly never-ending, many buyers are turning to new housing estates in the outer suburbs to find their dream investment. But are they risking their future prosperity by doing so?

The pursuit of property, as everyone knows, is still fervent in the auction market. Record clearance rates and median prices seem to be revised almost weekly. Equally as intense is competition among buyers – particularly first-time home buyers – for land in the booming outer suburban estates.

In Melbourne, it is not uncommon for buyers to pay $1,000 fees to enter into property ballots, or even camp out for days to be first in line to secure their little piece of the great Australian dream of home ownership.

In July, the 250 places open to registration for land in the yet to be constructed Woodlea development were claimed within 45 seconds. Roughly five places are being taken every second for the development 35 kilometres to Melbourne’s west.

For the successful, or lucky few, depending on your perspective, who do sign on the dotted line, they can take advantage of affordable house and land packages to turn their dream into reality.

However, it is many years down the track of suburban bliss that will bear consideration – and can be lost in the excitement of buying the first home or investment property.

While buying land and building a house is a dream for many, and doing so in a new development may be the best option for some, the capital growth of the property still needs to be seriously considered.

Being part of a newly developed community may allow buyers a viable option to enter the property market, but there are other substantial factors that may have to be compromised.

Lack of public transport, amenities, and the tyranny of distance to the CBD for work can play a major part in the capital growth for property as many expansion suburbs develop, especially in the early years. For example, many of the outer suburbs of Melbourne are crying out for improved public transport infrastructure. Caroline Springs is to finally receive a train station next year, almost 17 years after the establishment of the suburb.

Public transport can be notoriously difficult to deliver, even if promised. Redcliffe, some 35 kilometres north of Brisbane, has had to wait almost 200 years for a rail line to be delivered. Waiting for the train line to arrive may not be the best option on which to base your capital growth strategy, unless you are prepared to wait decades (or centuries) for the infrastructure to arrive.

The design of both house and estate can have more of an impact on this. Many new housing developments offer off-the-plan housing designs, reducing the differentiation between each property.

Size and geographic isolation of development estates to alternative purchase options mean there can be a massive oversupply of stock for those looking to sell. There may be a challenge for vendors to attract a buyer because there could be a better offer on a similar property quite literally next door.

With little difference offered to buyers, the properties collectively drag their value down.

The purchase of a home will most likely be the biggest asset for many buyers (usually owner-occupiers) of estate properties. It may be a piece of the great Australian dream, but it might not be worth much more than what will be paid for it 10, 15, or 20 years on.

For buyers looking to purchase their dream home – close to amenities, schools, and lifestyle – looking into established suburbs could still be a much better option, particularly when you take long-term gain into consideration.

Off-the-plan purchases for Elements Truganina range from $290,000 up to $560,000 for house and land packages, with larger allotments reaching 450 metres squared.

Buyers already paying $600,000 can get something that will pay dividends in years to come while still having their little slice of the dream.

10%-plus rental yields recorded in 28 suburbs

13 mistakes to avoid when buying an apartment

A Licensed Estate Agent and a member of the Real Estate Institute of Victoria, Antony has a passion for property and has bought for both investors and homebuyers all over Melbourne, ranging from $300,000 to multi-million dollar properties. He commenced with National Property Buyers in 2011 as State Manager and Officer in Effective Control.

His meticulous approach and sound negotiation skills ensures he leaves no stone unturned in his quest to purchase the right property at the right price. With his extensive knowledge, vast network of contacts and overall determination, he is able to achieve the best possible results for his clients. 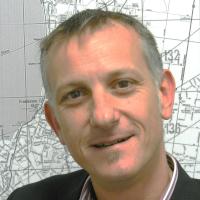