Real estate agents are consistently ranked as some of the least trustworthy people. When you read these horror stories, you’ll understand why.

When asked to prepare for a presentation on ethics and professional practice in the Real Estate industry, I spent some time researching how agents were perceived in the market.

It has been accepted for many years that Real Estate Agents consistently sit on the very bottom rungs of the ladder in the annual Roy Morgan survey of trusted professionals. Consistently at the top are nurses and at the bottom, alongside advertising people and car salesmen, are real estate agents – and have been since the poll began 21 years ago.

I know and meet a lot of real estate agents through my work in many states in Australia and have seen many that operate ethically and professionally. I have also seen a significant number who give the industry the tarnished reputation that all agents have to wear.

For example, just yesterday I was told about a buyer who had been through a home offered for auction, was very interested so spoke to the agent and requested a contract and the next contact, four days later, was a generic email from the agent saying “thank you for expressing interest in this property, however the home had been sold prior to auction”. Once the price paid was published, the potential buyer was very surprised how low it was and aghast that he had not been given an opportunity to make an offer, which is likely to have been more than the vendor received.

So what is going on here? Just laziness. or perhaps a conspiracy to sell to a “friend” at a low price?? Who knows? When things are not open and clear, conspiracy theories abound fed by a long-held belief that “agents can’t be trusted”. It is hard to see how the agent met the best interest of the seller if he failed to give everyone who had expressed interest an opportunity to put forward their best offer, given that the vendor was prepared to sell prior to the auction. The agent would have “conditioned” the seller that this was a good offer, a “bird in the hand” and job done with a swift outcome and ability to collect his commission sooner than if he had run the auction campaign to completion.

I have heard similar stories before and the end result is a total distrust and contempt for agents. Often these agents are high-profile, experienced operators and such behaviour certainly raises questions as to whose interests are being met.

Another recent case ended in disaster for a seller when an agent encouraged the seller to sign and exchange a contract post-auction, despite the buyer revealing he had no deposit money. The agent encouraged the sellers to sign, saying he knew the buyer and the practice was common to exchange without a deposit. The buyer committed to pay via EFT that night. The sellers reluctantly agreed, based on the guidance of their agent and signed and exchanged the contract. The buyer never paid the money, and as there was no consideration given, the buyer could not be held accountable because there was in fact no enforceable contract. On that day the agent published a photo on Facebook of the family with the sold sticker across the sign and the property was recorded as sold on a number of national property websites. Disaster for that family!

Can you image how the sellers were left feeling after the frantic and expensive process of getting a home ready for market, the stressful period of being ready for weekly open homes and intermittent inspections, the heightened emotional day of the auction where the home was passed in and then a price agreed, to end like this?

What happens to agents who don’t act in ways that look after the best interest of their clients? I think there is a pervasive apathy that is entrenched in the culture and thereby accepted by the public and by agents. There is an acceptance that bad behaviour is expected and it’s a waste of energy trying to do anything about it.

I say, it’s time to say “enough!” It’s time for people to go public when these things happen, both sellers, buyers and agents who hear such things. It’s time for all parties to be better educated to fully understand the consequences of certain actions and non-actions so they are able to ask the questions that enable them to get the answers to the questions they don’t even know to ask.

Property is possibly the biggest personal asset most people ever trade, so why do we allow the landscape to be so treacherous by being complacent?

Start by sharing your story if you have one. Good agents, and there are a lot of them, deserve to be regarded for their professional practice and only by airing what is happening out there will change occur. As people share their experiences, others learn and gain knowledge that empowers them to make better decisions, and thereby avoiding disaster.

Based in Melbourne, Julie has been actively working in the property arena for over 12 years in diverse roles ranging from Shopping Centre Manager and Commercial Property Manager to a qualified Investment Property Buyers’ Agent with a focus and expertise in the Brisbane market.

Her experience in such mixed roles has given her a unique and broad property experience where she has identified opportunities within niche areas in the residential and commercial markets and developed services to meet those needs. Julie is a qualified property investment adviser (QPIA) accredited by PIPA, a licensed Real Estate agent in ACT, Victoria and Queensland.

Are real estate agents as dodgy as they seem? 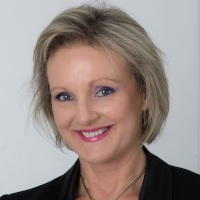