The 'experts' are continuing to debate about the existence of a property bubble - but this real-life investor thinks something doesn't quite add up.

It's like the catchy new word in real estate isn't it?... Bubble. I remember the first time I heard it I thought... "Nobody told me about a no bubble" except of course the ice cream character Bubble O' Bill that is. So I've done some research, which these days is easy as, thanks to smart phones and Google.

Turns out there's bubble talk everywhere it's like a god damn Aero bar. But just like the Aero bar catch phrase “It's the bubbles of nothing that make it really something” - is the “Australian Real Estate Sydney Bubble” simply just that? ... Speech bubbles of nothing but hot air? Or is it a real threat to Australian property prices?

Firstly let's see who is arguing for and who is against the bubble's existence.

Let's start with the “I believe” argument for the bubble.

There is a fair whack of people claiming that Sydney prices are quite simply too high, that these prices are way more than they should be and - just like a big chunk of chewy when it's blown up too big - she's going to pop all over your face!

These doomsday writers compare Australia's current situation to the USA PRE-GFC... LOL WTF RUOK? No really though... WTF? Comparing Sydney's current situation to the USA before the Global Financial Crisis is like comparing a game of soccer to a game of rugby league. One is complete horse-shit boring (soccer) and one is kick-arse bloody awesome (NRL).

Maybe that's not a good comparison, 'cause a lot of people soccer, but you get my point right? You gotta compare apples and apples - not apples and chocolate magic bananas.

So what is different between Australia today and the USA then?

So what is the same between Australia now and USA then?

In my opinion, two things. Firstly, two-fiths of bugger all. Secondly the middle of a donut.

The current Sydney prices are expensive, nobody can argue that, and this comes down to far more than just one reason: lack of stock, low interest rates, tax breaks, increasing population, international buyers, other investment options having crappy returns, infrastructure, auction clearance rates and the fact that western Sydney is now cool. I can't think of anymore but serious there are heaps more.

It took me about 10 seconds to think of nine solid good reasons, but believe me there is bloody more.

Simply put Australia is not in the same bucket... sorry bubble, as the USA was.

So Sydney is either in a bubble (just like that witch from The Wizard Of Oz). This assumption is based on nothing at all except that there are increasing property prices.

The belief that we're not in a bubble is based on real-life facts and figures, right here, right now.

The truth is not long ago I didn't believe in the Real Estate Bubble. Now I'm somewhat convinced that it did/can exist - but I sure as hell don't believe Australia or Sydney is in one now based on high Sydney prices and nothing else.

So I guess that makes me a “non-bubble believer”.

So who else is in my shoes? Banks and real estate agents or course... YUCK. Buyers for sure, or people wanting to buy. Who else? Ow yeah, people who own property - because if you owned property and truly believed in the bubble then you'd want to sell today right?

It just comes down to whatever stage in the property cycle the economy is in. These doomsday writers who claim that shit's about to hit the fan better get in the shower.

Sydney property is clearly in a boom now and of course doomsday writers are going to say the worst - but when catastrophic predictions are based on nothing, well that's what credit they should be given. Nothing. 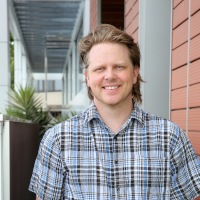 Julian Lancey is an active property investor and avid reader of Which Investment Property.

He began investing in property in 2008 and now has a portfolio worth over $2.1 million.

If you'd be interested in sharing your story and opinions with Which Investment Property, please email the team.