The interest rate on your home loan directly influences your monthly repayments, so it’s helpful to understand just what shapes this rate

It used to be relatively simple to follow your home loan’s interest rate movements. Since the global financial crisis, however, and the range of debt problems that has subsequently plagued the international economy, tracking the cost of housing finance has become a little more complicated.

So, what exactly influences your lender’s interest rates?

The Reserve Bank of Australia (RBA) is Australia’s central bank. As an independent body, the RBA’s primary role is to ensure the country’s prosperity and to manage economic growth, including by controlling inflation.

As part of this role, the Bank’s board members meet every month to set an official cash rate, based on a range of local and global economic factors. The board’s decision is announced on the first Tuesday of each month.

The cash rate influences domestic economic activity and therefore inflation. This is because that influence affects financial instruments such as government bonds and deposits, which in turn affect interest rates within the broader economy.

Historically, the official cash rate has also acted as a measuring stick for home loan providers.

For example, if the RBA lowered the rate by 0.25 per cent it would have been expected – and hoped for by borrowers! – that lenders would lower their rates by the same percentage.

While RBA movements still have a significant effect on lenders’ rates, in today’s market, other factors – including the cost to the bank of obtaining funds – are equally if not more important.

To provide a home loan, a lender must secure funds from other lenders, both locally and internationally. This is referred to as wholesale funding.

Following the global financial crisis and subsequent European debt crisis, the availability and cost of securing funds has increased dramatically.

This has prompted many lenders to set their interest rates in line with these costs rather than in response to the RBA’s rate decisions.

ANZ, for example, even reviews its home loan rates at a different time from the Reserve Bank, having stated that “in today’s market, the RBA’s cash rate is now less directly related to ANZ’s true cost of funds”.

The Reserve Bank itself re-emphasised this point earlier in the year:

“In Australia, most deposits and loans are at variable or short-term fixed rates, so there is a high pass-through of changes in the cash rate to deposit and lending rates. But because of other factors influencing capital market rates and fluctuations in the level of competition in the banking sector, deposit and lending rates do not always move in lockstep with the cash rate.”

While higher borrowing rates might sound like bad news, a strong banking system is essential to maintaining economic stability.

Moreover, with a highly competitive mortgage market, there are still attractive home loan options available for borrowers who do their homework, including drawing on professional advice. 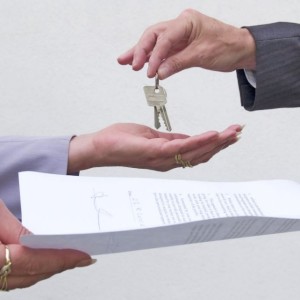